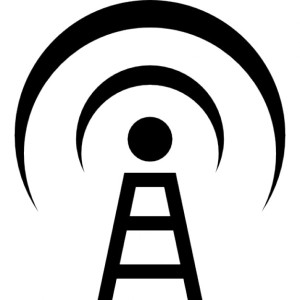 Have I confused you with information that you have a hard time processing? Bear with me while further explain.

We concluded the chapter about a universal brain with these words: “Experience is born in a timeless dimension and brought into the world by interconnected series of events that continued to experience being long before and long after our temporal existences became evident and actual. Ultimately, we are the experience and the experience is eternal.

“Memory is a tool of awareness, a process that continually blinks in and out of existence with observation and relationship to other temporal events. Our world and universe is the physical counterpart of an infinite experience that never began and will never end.”

We can think of it this way: all time exists in the NOW. The fact that we view time as a continuous progression does not make it so. What we see is from our viewpoints in the dimensions we perceive, which is only one of many ways to scan existence.

For example: think of the universe and all the time and events contained therein as a television broadcast network that contains many trillions upon trillions of individual channels and stations. All the information that is broadcast already exists, but the tuner isolates one particular program, one particular set of frequencies, and we see a continuous program. That is what the world and our lives are in a simple analogy.

Consciousness is the tuner and the broadcast comes from zero dimension. Unlike television, there is no script nor writers and no schedule of events. Events and actions exist in potentiality until they are realized and made actual. The essence of the information is composed of vibrational waves like digitized pictures in computer code. Our personal tuners filter out anything other than what pertains to us. Our electrical fields and currents have interference patterns when they encounter one another.

The only reason that we are not someone else is because our personal ‘tuners’ or ‘self’ filters out the rest of the events and our unconscious deals only with that which it has experienced and felt in our dimensional actuality.

The NOW is always current in several senses of the word. It exists in the present and is only palpable when the current is flowing. When the current is not flowing we have a blank screen with no visible information. Like a television channel, we are limited to what is filtered for us and by us. A memory exists only as a thought and a remembrance. We cannot physically revisit the exact time and space of the recalled event because we have no access to the currents actualized in that time and space.

This does not mean the events are forever lost and stilled. They have made physical changes in our material world. What we are, in essence, is not the event, but the current itself that in the infinite zero dimension contains all that ever was and all that ever can be. All events and all time is in the NOW. They become actualized through the collapse of the infinite fields of probability into one course of action, a material decision that sends the flowing currents that define us into a particular arrangement and negates the other probabilities.

Our nightly dreams are considered unreal because they have not effected a major change in our material universe. Who we are in our dreams is formed of the same current that we are when we are awake, but in different patterns and dimensional viewpoints. We are the wispy ghosts of experiential beings, the products of the informational data that created us and brought us into an actual world.

2 thoughts on “CHANNELING OUR WORLD”