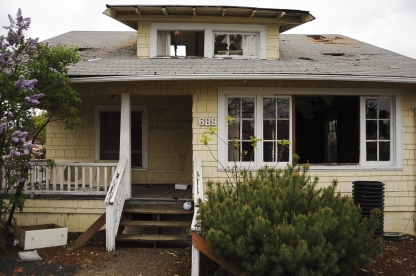 “They are tearing down my childhood home today,” he said, wishing instead he were already dead. “I should not watch. It is a sad thing to see,” he said, thinking softly of the past, wishing it could forever last.

“I wish I could have done more to save it,” he mused, feeling the blues as it oozed from the news.

“I ate watermelon at the kitchen table, sweet as summer’s breath,” he said, tasting the juice that his mind reproduced.

“We had many a memory in that house,” he understated, 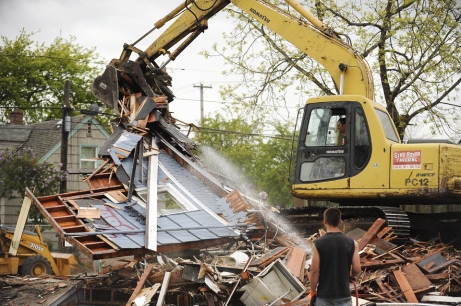 watching as his reality was castrated.

“I wonder it I was happier back then than now,” he exclaimed, unashamed that he had no fame. “Probably not,” he said to himself, knowing he had not mastered laughter in the face of disaster.

“Some folk’s homes become museums,”he pondered as his thoughts wandered. “I was never that important,” he concluded, as he brooded.