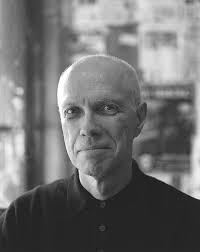 Today, 6/12/16, is the birthday of avant-garde American poet, essayist, and translator Ron Padgett (1942) (books by this author), who once said: “If you match yourself up against Shakespeare, guess what? You lose. It’s not productive. Better to focus on the poem you’re writing, do your work, and leave it at that.”

Padgett was born in Tulsa, Oklahoma. His father was a bootlegger who also traded cars; his mother was a housewife who assisted Padgett’s father with bootlegging. Padgett was a precocious reader as a teenager, drifting toward Baudelaire and Rimbaud. He said: “When I got to adolescence, I became more and more gloomy and introspective and serious and angst-ridden.” He and a few friends started an avant-garde literary journal called The White Dove, which lasted for five years. They weren’t shy about writing to their literary heroes and soliciting work. Allen Ginsberg, Jack Kerouac, and LeRoi Jones all published poems in Padgett’s small magazine.

Padgett went to New York to attend Columbia University (1960), where he fell in with a group of poets who favored stream-of-consciousness writing, vivid imagery, and spontaneity. It was the 1960s, and Padgett, Kenneth Koch, Frank O’Hara, and Ted Berrigan drew inspiration from the art galleries, museums, dancers, and artists that surrounded them. Padgett inherited Kenneth Koch’s teaching position as a “poet-in-the-schools” (1969) for the Teachers & Writers Collaborative, and stayed for nine years. In the beginning, he was paid $50 for three class visits, which he could do in one day, and which paid for an entire month’s rent, utilities, and his phone bill. He loved teaching public school children. He said that whenever poets visited a classroom, “We were like heroes being welcomed home.”

Padgett says: “Almost everything that’s happened in my poetry is what you might call organic. I don’t do much pre-conceiving. If I start to sound too much like the Ron Padgett that I’ve read before, I stop myself.”