Originally posted on Footnotes to plato: 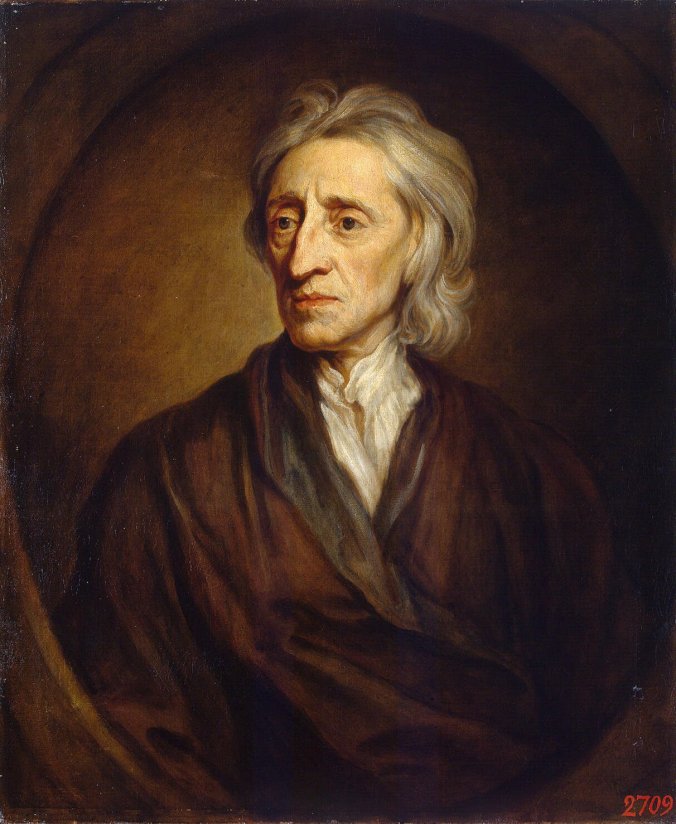 The title for this blog post comes from the name of a lecture I recently attended given by Catherine Wilson as part of the London Lecture Series held by the Royal Institute of Philosophy on the 20th February 2015.

Before I examine and comment on the content of the lecture, I will first include a brief introduction for those not familiar with Locke:

‘John Locke was among the most famous philosophers and political theorists of the 17th century.  He is often regarded as the founder of a school of thought known as British Empiricism, and he made foundational contributions to moderntheories of limited, liberal government. He was also influential in the areas of theology, religious toleration, and educational theory. In his most important work, the Essay Concerning Human Understanding, Locke set out to offer an analysis of the human mind and its acquisition of knowledge.’ – The Internet Encyclopedia of Philosophy

Locke is well known for his argument that at birth, the mind is a blank slate or ‘tabula rasa’. Indeed Locke defied Cartesian philosophy which postulated that we are born with innate ideas and instead argued that we gain knowledge via experience and sense perception.

In a lecture which was both stimulating and challenging, Catherine Wilson described her aims as being firstly ‘ to show how Locke implicitly rejects the Stoic claim that the philosopher is able to unlearn or staunch emotional responses to events in life and the claim that ideals of virtue as such can be a motive to moral conduct. ‘

She developed this by describing the way in which Locke’s moral philosophy strives towards an account of human nature which is both ‘realistic’ and ‘adequate’ and does not depict reason as superior to feeling.

Wilson outlined her second aim as ‘showing how this shift is associated not only with a moral-theological shift from an emphasis on justice and retribution to ‘sympathy’ and mercy but also with Locke’s aim to secure normativity in the face of the materialistic hypothesis’ .

It is also interesting to consider what influence Locke’s experience as a physician had on his moral philosophy. I particularly enjoyed Wilson’s suggestion that perhaps regularly dissecting brains had some impact on his view that matter is the fundamental substance in nature (materialism). He rejected the Cartesian view that there exists a detachable, incorporeal soul – which can think even when independent of the body – arguing instead that we have no evidence for the existence of incorporeal, cogitative substances.

I personally found the most interesting aspect of this lecture the apparent conflict between Locke’s emphasis on the ‘unique correctness of Christian morality’ and his materialist and empiricist outlook. As Wilson put it ‘despite – indeed because of – his suspicion that we are hedonistic machines, he needs the Christian revelation with its carrot-and-stick approach to defining and cultivating virtue’.
This talk was free and available to the public, you can watch all the lectures held as part of this year’s ‘History of Philosophy’ series here: