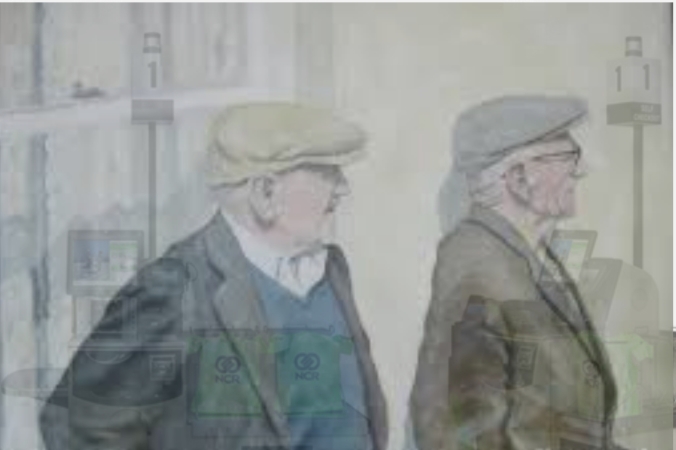 MICK: Facebook, eh? What the bejesus is that all about then, Paddy?

PADDY: Well Mick, it goes like this. You set yourself up with a profile thingy…

PADDY: Yes, Mick, a profile thingy … it’s where you give your details to this Facebook thingy on the computer. I’m telling ya, everyone is doing it Mick … it’s taken the world wonder web by storm.

MICK: Is that so, Paddy?

MICK: Alright so, carry on … so after I’m set up with a profile then what, Paddy?

PADDY: Well then. Mick, that’s your set up to talk to anyone you want … anywhere!

PADDY: Like it sounds, Mick. Anyone in the world. Your power knows no bounds, no limits at all on who you can chat to.

MICK: So … let’s just say, Paddy–for example–you said anyone, right? I could talk boundlessly to any soul of my choosing, yeah? How about the Queen?

PADDY: What? The Queen, oh jaysus, Mick. I’m not so sure about that one now.

MICK: You said anyone, Paddy. Me ears gave witness to that, they did.

PADDY: Aye, I did. Mick … ok, so maybe you could talk to the Queen, Mick … just saying maybe now–ok? Anyways, if you can chat to anyone why on earth would you pick the Queen, Mick?

MICK: Hey, Paddy, I’ve quite a lot I’d like to chat to the Queen about. Indeed, I have!

PADDY: Anyway, Mick, the next step is that you have to present yourself on your newly established profile.

MICK: Present meself? Ah now, Paddy, your having a laugh. I know folk that got arrested for “presenting” themselves. Ha-ha.

PADDY: Ah, Mick, you’re not taking me serious at all are ye?

MICK: I am, Paddy, hahaha. I am. Go on, tell me more about this representation of myself.

MICK: Hahaha. Ah, how in the blazers can I take a picture of me own mug Paddy, your killing me here, hahaha.

PADDY: Ah jaysus, Mick. I’m trying to educate–instruct you in the ways of the modernised world. You’ll have to catch up with the times, Mick, or ye’ll be left behind.

MICK: Paddy, I’m a man of 55 years. I’m happy to be left behind–especially if that’s what society is offering now in terms of modernisation … taking a selfie of oneself for the sole purpose of broadcasting of the self on the world wonder web so’s they can talk with anyone they like–Queen included. Actually, she’s the worse culprit … she already has the selfie thingy down to a tee, eh!

MICK: Yep, she does indeed. Sure hasn’t she got her very own selfie stamp, eh? Hahaha.

PADDY: Aye, haha, she does Mick. You’re right there.

MICK: Anyways, Paddy, in all seriousness, can the modern ones of today’s world not just talk face-to-face anymore? And sure they all have phones as well … so what’s the bloody need for such Facebooks and the like I? I don’t know.

PADDY: Yeah, but Mick you can’t talk face-to-face to someone in … say Canada or Japan … couldn’t use your phone either, too damn costly.

MICK: But Paddy, what on earth would you want to contact Canada or Japan? You don’t know anyone there and sure you can’t talk Canadish or Japanese either. So why?

PADDY: But you see, Mick, with this new invention of Facebook you can virtually travel the cyber waves of the world wonder web and make friends anywhere you like.

MICK: Make friends, Paddy? Really! Are you saying I could head down to the bar of a Saturday night with my “new found Canadian” buddy or do a spot of early Sunday morning fishing with my “new-found Japanese ally”?

PADDY: Not at all, Mick. Don’t be stupid. Sure, you’ve never met them.

MICK: Exactly me point, Paddy. So’s how can we be friends?

PADDY: Well Mick, they can chat to you in your “inbox”.

MICK: “Chat to me in my inbox?” Paddy listen to yourself. Haha-haha. Aye, you’ve lost the plot completely now, me dear friend. Haha.

MICK: Like what, Paddy? I’ve nothing public or private I have to be saying to the Japanese. Nought at all, nothing private or public to hear from them either, Paddy.

PADDY: Well then, Mick,  you could share your pictures on your wall so’s folk could see.

MICK: What? I hang me pictures of meself on my wall inside me gaff for a reason, Paddy. If I wanted the world and its mother to view them, I’ve have hung em on the outside walls of me house now wouldn’t I? And besides, why would I want some Jap looking at me pics anyway?

PADDY: I mean family, Mick. They’re all on it and share pics of every occasion …doesn’t even have to be an occasion anymore. Ye just share pictures with your family for fun.

MICK: But Paddy, every occasion I attend , so do me family, so why would they want me to share pics of meself at such occasions when they’ve already seen me there in the flesh, eh?

PADDY: Ah Mick, you’re not getting it at all.

MICK: I’m just saying, Paddy, it sounds a bit like advertising yourself to a big system of spies.

MICK: Think about it, Paddy. You’re on there, ok, reporting what you’re doing–yeah, where you’re doing it–and providing all photographic evidence of you doing what you’re doing, wherever it’s at. Sounds like a big invasion of privacy to me … sure in the olden days we’d run away from something like that but nowadays every feker wants to be spied on in the name of modernization …  Right, I don’t get it, Paddy.

PADDY: But it connects folk, Mick–unites different cultures without man-made barriers of land, sea and the postal service.

MICK: Paddy, the lands are separated for a reason, me good man. Trust me on this, Paddy. Some countries aren’t supposed to be connecting and mingling cultures so freely.

PADDY: Ah Mick, listen if your sister lived abroad–let’s say Australia, ok–would it not be of a comfort to you to know you could connect and talk to her as much as you wanted without travelling miles or spending a small fortune on the phone?

MICK: Me sister lives in the market square in St. Peter’s Street, Paddy,–three streets away from my house. You know that, Paddy.  I see too  much of her as it is.

MICK: Look, Paddy, if … if it was something like a reversed Facebook , bookface for example where instead of connecting you’d could disconnect with family and friends then I’d join up straight away, hahaha.

PADDY: Sure what would be the point of that, Mick?

PADDY: Anyways,Mick, so what do you say eh?

MICK: Say about what Paddy?

PADDY: Your profile of course Mick?

PADDY: But Mick, it’s your own virtual identity.

MICK: No, me real life “identity” is more than satisfactory for me Paddy, and what do you mean “it’s” Paddy?

PADDY: Ah Mick, don’t be annoyed at me, me old chum, but I’ve already set you up.

PADDY: Aye Mick, you are now the owner of your own profile, you’re on the web, a virtual Mick has been created.

PADDY: Yep, me grandson did them yesterday for us both, a virtual Paddy and a virtual Mick, complete with pictures and all.

MICK: What pictures would that be now Paddy?

PADDY: Well mine is me ponderously self-staring back at me. It’s exciting doing a selfie you know, Mick.

PADDY: And you Mick, you’ve got to do yours so in the meantime I just had me grandson take a pic of an empty chair for now.

PADDY: Aye, Mick. I reckon that’s where you would have been sitting had you been present for your selfie shot.

MICK: Hahaha. So the virtual Mick is represented by an empty chair, eh? Wonderful. It definitely confirms it alright, you have well and truly lost the plot my friend and I shall be informing Japan on that as well, Paddy. I’ll be going public with that one for sure. Facebook indeed, whatever next, eh? Some modern device that allows you to look at the folks you’re ringing eh? Hahaha.

PADDY: Nothing Mick, it’ll keep til another day.

To read another episode on this series see: https://heliosliterature.com/2017/04/11/the-paddy-and-mick-chronicles 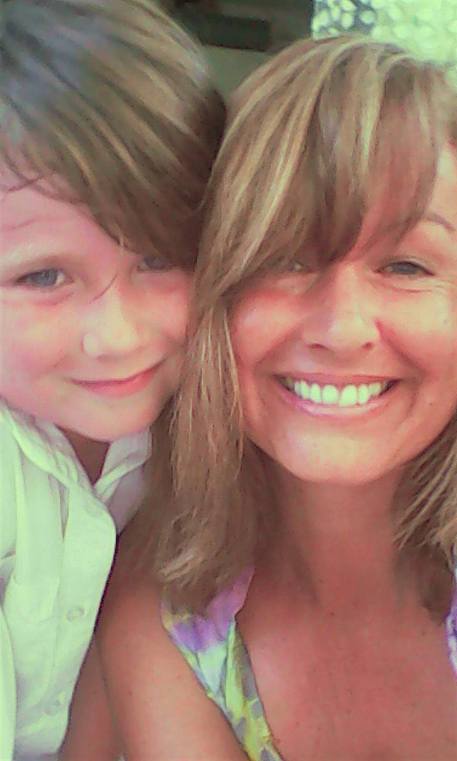 One thought on “THE PADDY AND MICK CHRONICLES: THE FACEBOOK THINGY”